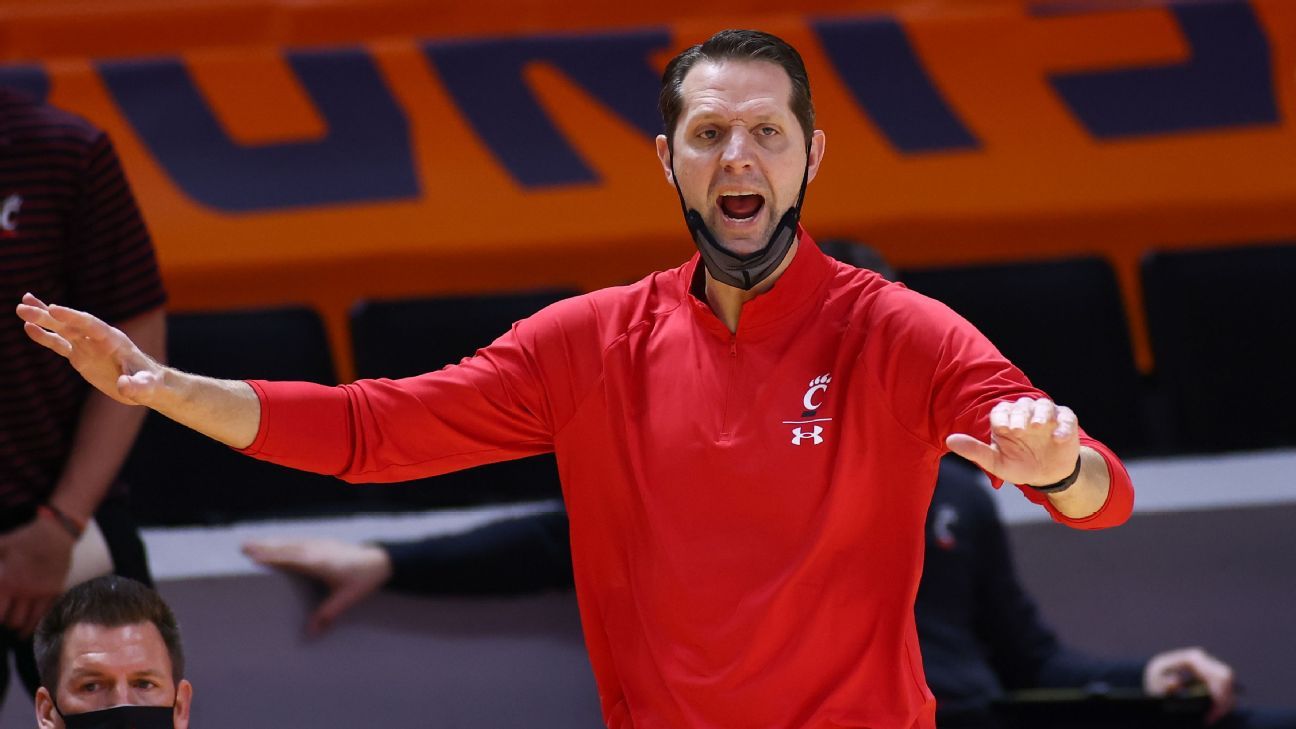 Cincinnati has fired head coach John Brannen after two seasons following an investigation into the program, the school announced Friday.

The school placed Brannen on paid leave earlier this month.

Cincinnati athletic director John Cunningham announced the move in a letter to the program's supporters.

"The decision to move in a new direction comes after a thorough review of our program, which included conversations with student-athletes, coaches and staff, as well as with Coach Brannen," Cunningham said. "Ultimately, the University is acting in the best interests of our student-athletes and of the institution, and this decision is reflective of our commitment to both, as well as to our values that we hold dear. As this is a personnel matter, we are unable to provide further details of the program review or the decision.

"We will work quickly but judiciously in finding a new head coach. With a passionate fan base, strong tradition and history, elite facilities, and a collective commitment to success, we are confident that we will have a deep pool of candidates. We will continue to engage with and support our student-athletes during this transition."

Brannen later posted a statement on Twitter, saying in part that he's disappointed in the decision, believes the school made it before the investigation began and looks forward to the opportunity "to bring the true facts to light."

Cincinnati finished 12-11 overall this season after losing in the American Athletic Conference tournament title game to Houston, following a 20-10 debut season for Brannen with the Bearcats. In the first three days after this season, however, six players entered the transfer portal: Gabe Madsen, Mike Saunders, Zach Harvey, Mamoudou Diarra, Mason Madsen and Tari Eason. All six remain in the portal, although only Harvey (UC Santa Barbara) and Gabe Madsen (Utah) have committed to another school.

The school announced on March 26 that it had launched an investigation after the mass exodus from the program, as well as reports that Brannen's treatment of the players had led to the transfers.

Brannen's attorney, Tom Mars, told ESPN on April 3 after the school's decision to place him on leave that Brannen is owed a $5.25 million buyout if relieved of his duties.

"It's been my experience that collegiate ADs are experts at mishandling internal investigations, and this case is no exception," Mars said at the time. "You don't have to take my word for it. I'm in possession of a communication from within the UC Athletics Department describing the mishandling of this internal investigation in much more descriptive terms. There's no basis for Coach Brannen to have been placed on administrative leave -- much less terminated for cause."

ESPN has reached out to Mars for additional comment.

One name floating around the potential Cincinnati vacancy the past few weeks is former Indiana coach Archie Miller, who was let go by the Hoosiers last month. Another potential candidate could be South Carolina's Frank Martin, who spent two seasons as an assistant with the Bearcats starting in 2004-05. UCLA assistant Darren Savino, who was a longtime assistant under Mick Cronin at Cincinnati, is another name that has been linked to the job.
S

this one seems interesting haha

This is a great article. Some bad decisions by the administration there. Cincy still has has a lot of resources but they lack one: they’re not in the BE.
You must log in or register to reply here.