1. Gonzaga Bulldogs
Gonzaga fell just short in 2020-21, but it deserves the benefit of the doubt when it comes to early rankings. Thirty-plus wins in five straight seasons and six straight second-weekend NCAA tournament appearances tends to do that. Mark Few's team will lose at least three starters in lottery picks Jalen Suggs and Corey Kispert as well as likely draft pick Joel Ayayi, and Drew Timme and Andrew Nembhard could both test the waters. But if Timme and Nembhard come back, Few has the core of yet another national title contender, and Timme will be the overwhelming Wooden Award favorite. Anton Watson was a key part of the rotation, and the staff is confident that the young players -- including Julian Strawther and Dominick Harris -- will take a step forward. The Bulldogs also bring in five-star guard Hunter Sallis and are the heavy favorites to land No. 1 overall prospect Chet Holmgren. The Zags also are likely to hit the transfer market and are the perceived leader for North Carolina's Walker Kessler. There will be plenty of talent in Spokane, Washington, once again.


2. UCLA Bruins
A bang-bang charge call or 40-footer shy of potentially playing for the national championship, I'm banking on UCLA's March momentum carrying over to next season. That expectation hinges heavily on what Johnny Juzang decides to do, however. March's breakout star raised his stock as much as any player in college basketball over the past three weeks and could head to the NBA. But if Juzang comes back, Mick Cronin should have back every notable player from the Final Four team. Jaime Jaquez established himself as a go-to scorer and Tyger Campbell is the perfect point guard for Cronin. The Bruins should also get a boost from the potential healthy return of Chris Smith and the addition of five-star wing Peyton Watson. The question will be whether UCLA is more like the team that won five games in 12 days to get to the Final Four or the team that lost four in a row to finish 17-9 before Selection Sunday. 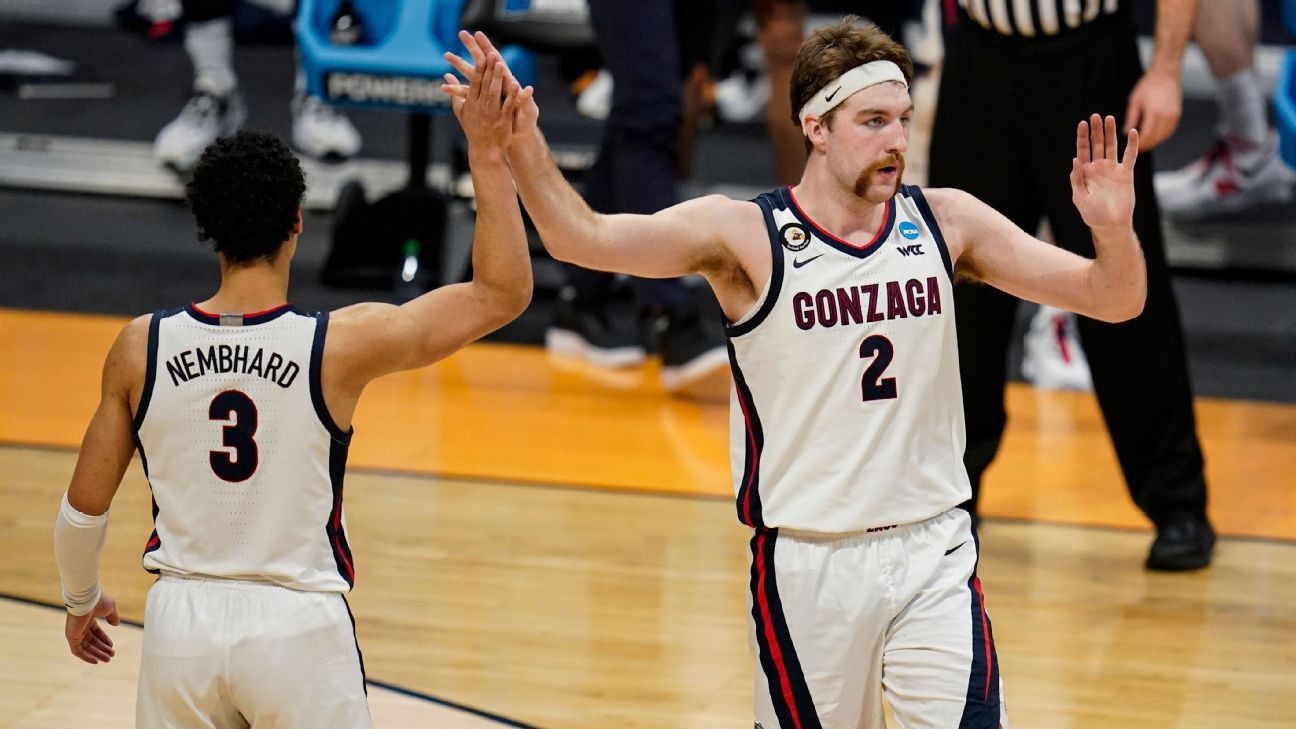 Gonzaga fell short after an epic run, but should have the returning talent to compete for a national championship again next season.

What a joke. Way too much action going on to make predictions. As usual, Big Ten has 5 in the 25 and Big East has 1.
Reactions: LBP43
L

mikewalsh said:
What a joke. Way too much action going on to make predictions. As usual, Big Ten has 5 in the 25 and Big East has 1.
Click to expand...

But not too early to generate clicks! Including one from you!
Reactions: SHUMA04, TommyAlly and TheHall87
D

Confess I read it too, lol, and thought how premature it was because most teams do not even know what their roster will look like come fall.
T

These stories have become an annual rite of passage in both college football and college basketball.

They clearly generate a lot of clicks as will the monthly updates.

I'm sure Lunardi and his peers will have way-too-early-brackets coming to your favored electronic device very soon.

mikewalsh said:
What a joke. Way too much action going on to make predictions. As usual, Big Ten has 5 in the 25 and Big East has 1.
Click to expand...

I think that’s why it’s called the “way too early”?

generates clicks, has zero meaning, but hey, you read it and are talking about it. Winner winner.
Reactions: thehall07
You must log in or register to reply here.

What to know about every team in the NCAA tournament bracket