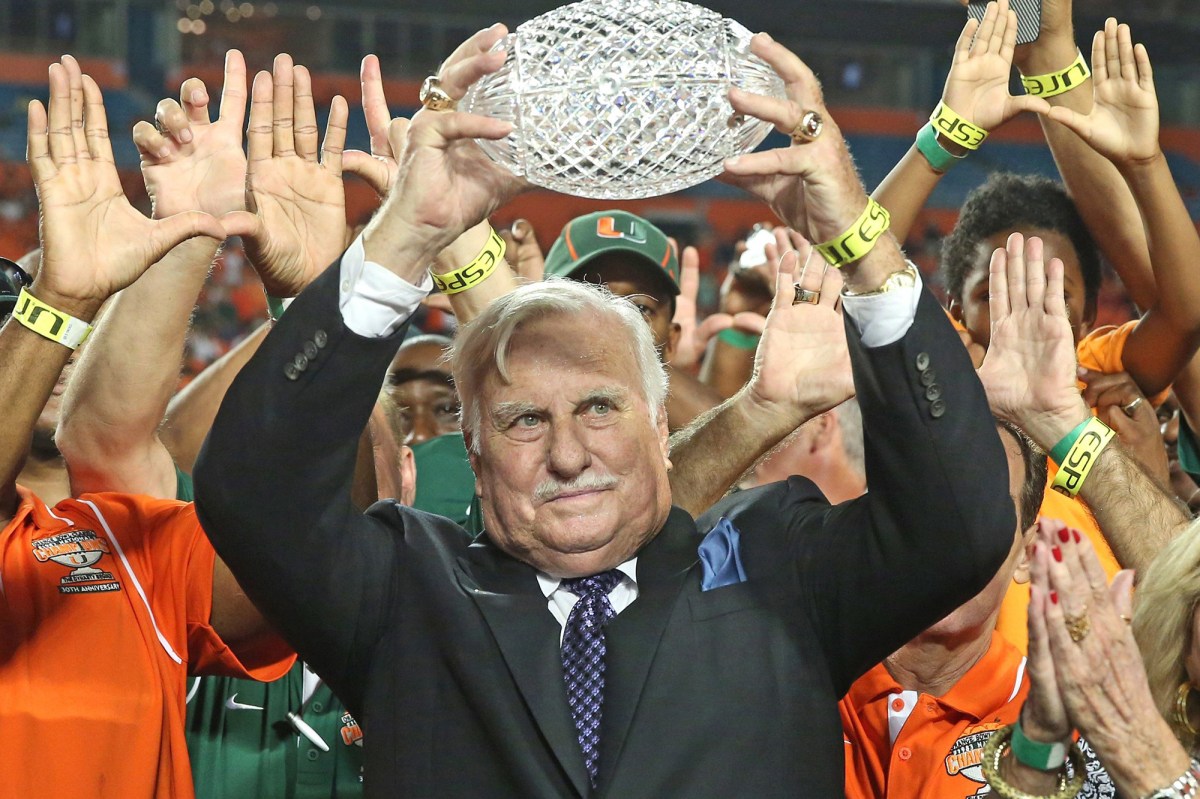 Howard Schnellenberger, who coached the University of Miami football team to prominence and won the program’s first of five national championships, died Saturday. He was 87. Schnellenberger’s famil…

Howard Schnellenberger, who coached the University of Miami football team to prominence and won the program’s first of five national championships, died Saturday. He was 87.

Schnellenberger’s family announced his passing through a statement issued to Florida Atlantic, where he finished a coaching career spanning 52 years as head coach from 2001-11.

At the very start, as Alabama’s offensive coordinator under the legendary Bear Bryant from 1961-65, Schnellenberger recruited Joe Namath to Tuscaloosa.

Though best known for his success in the college ranks – he coached Louisville and Oklahoma in between Miami and Florida Atlantic and compiled a 158-151-3 record – Schnellenberger spent nearly a decade in the NFL before most of it.

The offensive coordinator under Don Shula for the only undefeated Super Bowl champion in NFL history? That was Schnellenberger, who parlayed his success with the 1972 Dolphins into head coach of the Baltimore Colts.

After a three-game losing streak to start his second season at the helm, Schnellenberger was fired by owner Bob Irsay over a dispute on who should be starting at quarterback. Irsay infamously told the general manager and the locker room of the firing before he informed Schnellenberger.

Schnellenberger slipped back into his role as Dolphins offensive coordinator in 1975 and remained until taking over the Hurricanes in 1979.

The football program was almost dropped by the school before he arrived with the recruiting plan to “build a fence around South Florida” – the model for modern in-state recruiting – and a pass-oriented playbook when most national powers were still ground-and-pound.

“Without him, there is no Miami Football,” the program said in a statement.

Miami was built around speed and athleticism as the top Florida high schoolers started staying home to play together.

With the program thriving, Schnellenberger, who had coached quarterbacks Jim Kelly, Vinny Testaverde and Bernie Kosar, handed it off to the soon-to-be great Jimmy Johnson. Schnellenberger left to become part-owner, team president, general manager and head coach of a USFL franchise in Miami, but “The Spirit of Miami” never actually came to fruition.

Leaving Miami, Schnellenberger once said, was “if you look at it objectively, it was the dumbest thing a human being could do.”

Schnellenberger suffered a subdural hematoma after a fall at his home last August. It is unknown if that is related to the cause of death.

Guy recruited at miami from 0 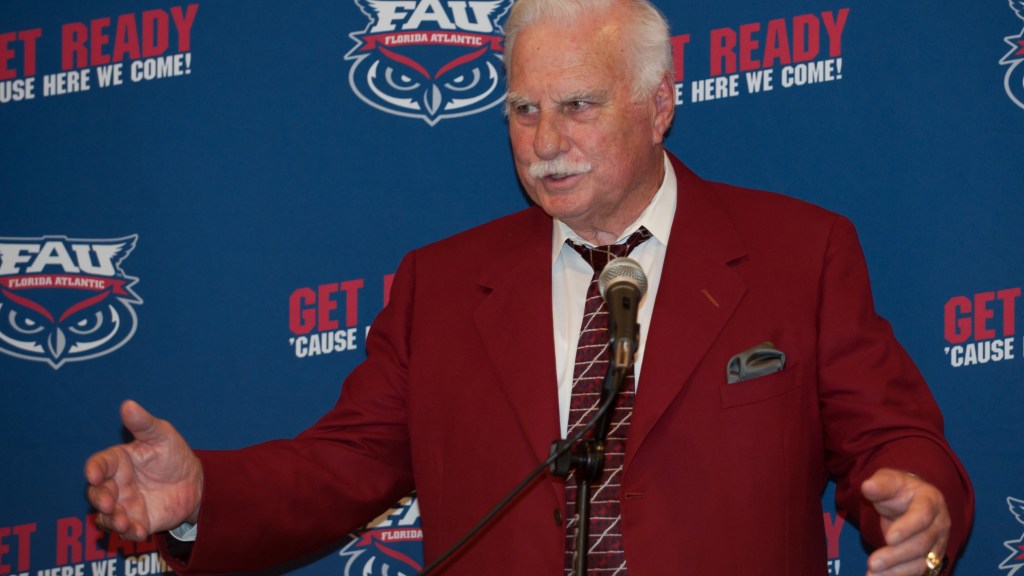 With Howard Schnellenberger’s passing, let’s take a look at his impact on college football, from Miami to Louisville to Florida Atlantic.

A master at reviving college football programs on life support into national prominence (Miami and Louisville) and building another one from scratch (Florida Atlantic).

Plus one of the last remaining unique and characters in the college football fraternity, with his pipe and coining many phrases such as the ‘State of Miami’ and while at UL, “we’re on a collision course with a National Championship. Time is the only variable”.

R.I.P.
Reactions: garyshu71 and TomD82
You must log in or register to reply here.