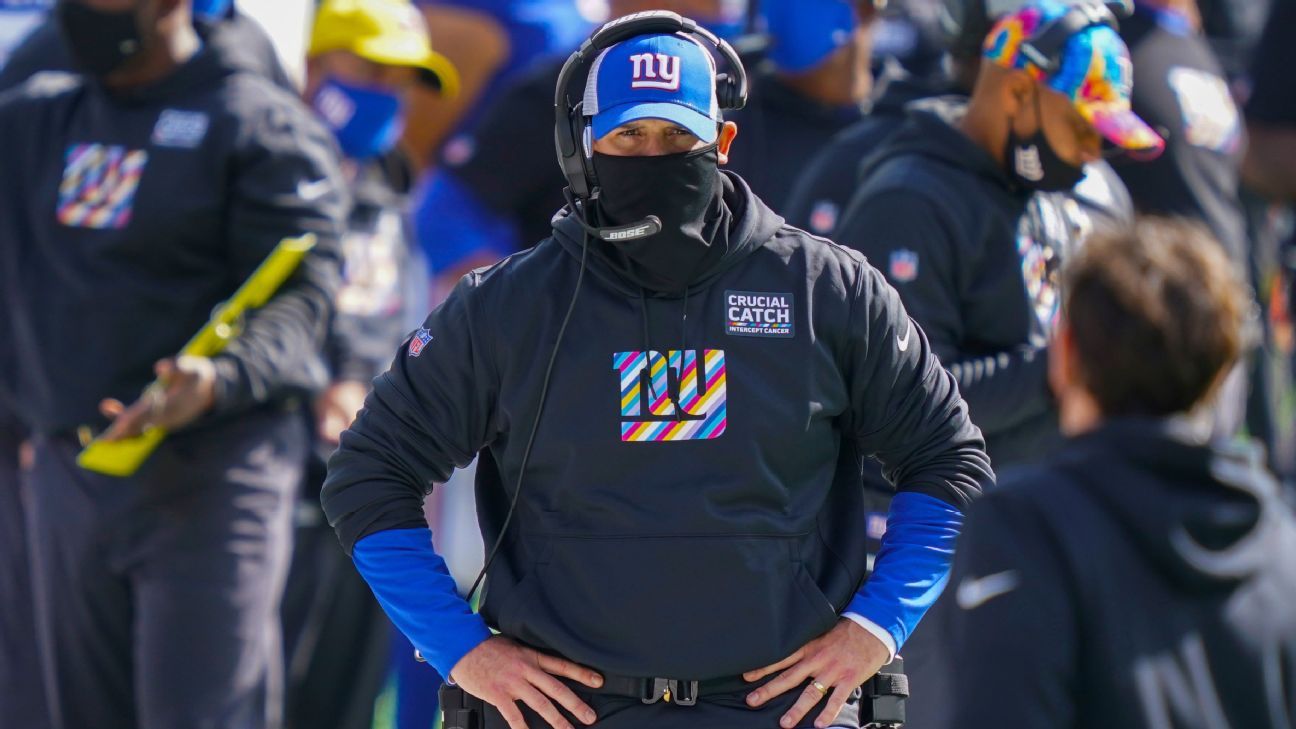 None of New York's first three opponents had a winning record in 2020, giving coach Joe Judge a chance for a fast start in his second season.

The New York Giants' 2021 schedule was released along with the rest of the NFL slate on Wednesday.

The NFL will change its schedule for the first time in 44 years, expanding to 17 regular-season games. The final regular-season games will be played Jan. 9, 2022. The playoffs begin Jan. 15, 2022 and continue through Super Bowl LVI on Feb. 13, 2022 at Los Angeles' SoFi Stadium.

Here's what is in store for the Giants:

At the moment, the Giants' schedule has a favorable opening stretch. None of their first three opponents, even though it includes defending division champion Washington, had a winning record last season. Washington was 7-9 and Denver and Atlanta were two of the league's worst teams.

This is a far cry from the past few seasons when the Giants seemed to open annually on the road in Dallas or with a brutal opening stretch like in 2020. This season's schedule gives them a chance to start strong. The Giants have started each of the past four seasons 0-2, and were 0-5 before they knew it in two of those four years. A big opportunity exists for Joe Judge in his second season as coach to get it started right and give his locker room and fan base hope that the turnaround is really in progress.

One storyline to watch​

The Giants have three prime-time games, all on the road against division winners, with two being against last season's Super Bowl participants (Chiefs and Bucs). That's not easy. Can they steal a win?

The most realistic opportunity seems to be in Week 2 on a Thursday night at Washington. The WFT is the one division opponent the Giants (despite their recent struggles) have had recent success against.


Monday night matchups against Kansas City and Tampa Bay make difficult road games that much tougher. The Giants might not quite be ready to win games like that at this point of their rebuild. This season is more about getting back to being a winning team, not necessarily making the massive leap to being a Super Bowl contender.

The oddsmakers have the Giants' win total at seven. They won six last season in 16 games and have basically added running back Saquon Barkley (back from a torn ACL), wide receivers Kenny Golladay and Kadarius Toney, tight end Kyle Rudolph, cornerbacks Adoree' Jackson and Aaron Robinson and edge rusher Azeez Ojulari. And their 2021 schedule is more friendly. Pound the over.

The Giants start 3-0. Yep, you heard it here first. As long as Denver doesn't pick up quarterback Aaron Rodgers, its offense is questionable, the Giants have Washington's number and Atlanta is far from a world-beater. This will be huge. Getting it going early with all these new playmakers will do wonders for quarterback Daniel Jones.
You must log in or register to reply here.