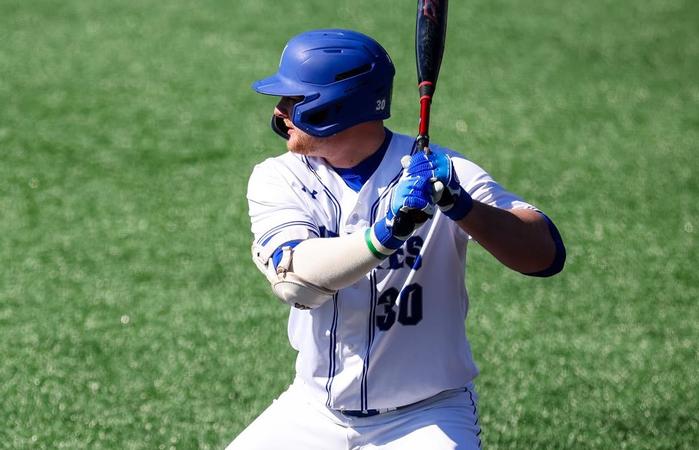 For the first time in nearly three weeks, the Seton Hall baseball team will play at the friendly confines of Mike Sheppard, Sr. Stadium at Owen T. Carroll Field as the Pirates play host to Georgetown for a four-game set beginning Friday, April 29.

SOUTH ORANGE, N.J. - For the first time in nearly three weeks, the Seton Hall baseball team will play at the friendly confines of Mike Sheppard, Sr. Stadium at Owen T. Carroll Field as the Pirates play host to Georgetown for a four-game set beginning Friday, April 29.

All four games will be streamed live on the Pirate Sports Network. Saturday's noon doubleheader will begin with a seven-inning game followed by a nine-inning contest.

ATTENDANCE POLICY
The department will allow two parents or guardians of each Seton Hall student-athlete to attend an outdoor competition that is hosted on campus, including games at Owen T. Carroll Field for men's and women's soccer, Mike Sheppard Sr. Stadium for baseball and Mike Sheppard Sr. Field for softball.

Unfortunately, due to capacity limits, this policy does not apply towards parents or guardians of members of the opposing team or members of the general public.

The good news is they won a 1 run game. 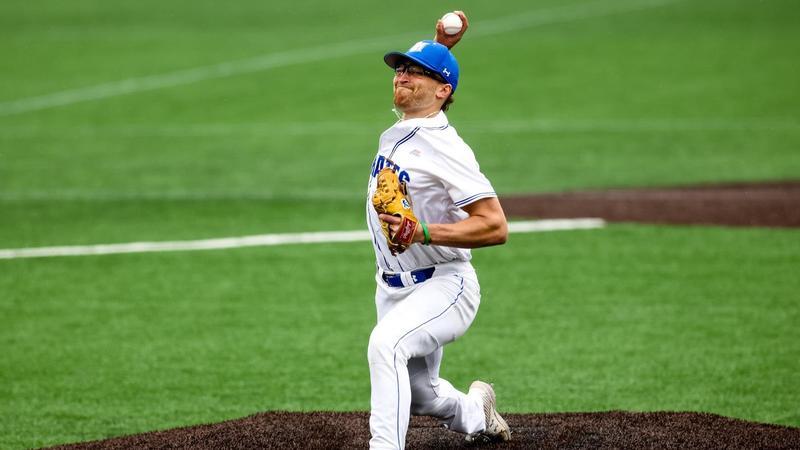 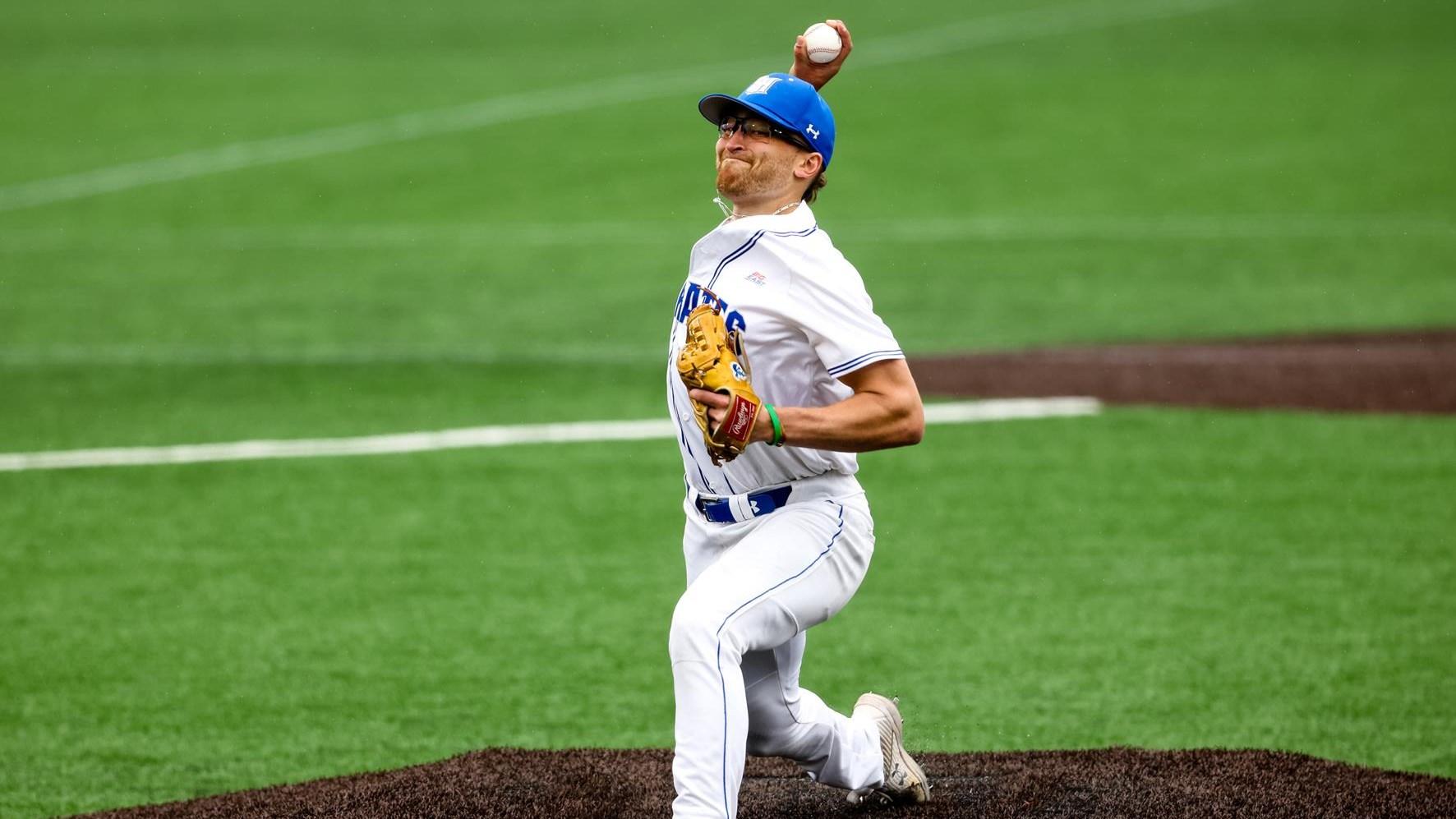 McLinskey didn't allow an earned run, gave up only four hits and improved to 3-0 on the season. Freshman Zane Probst (Mill Hall, Pa.) struck out two batters in the ninth inning and registered his second save.

The Pirates (16-15, 9-3 BIG EAST) used a seven-run fifth inning to separate themselves from the Hoyas.

McLinskey started the game by striking out the side and he kept Georgetown off the scoreboard until the top of the fifth. With runners on the corners, McLinskey's attempted to throw out the runner on first stealing second but his errant throw went into the center field. The runner on third came home to score the Hoyas went ahead, 1-0.

As they've been doing all season, the Pirates responded immediately in the bottom half of the fifth. The scoring started with a go-ahead, two RBI single with the bases loaded and no one out off the bat of senior Jerry Huntzinger (Staten Island, N.Y.). Toke's two RBI base hit extended the Pirate lead to 4-1. Following an RBI double by graduate student Connor Hood (Shrewsbury, Pa.), Toke would score on a wild pitch and junior Alex Clyde (Old Tappan, N.J.) would knock in another run on a single that made it 7-1 Seton Hall.

McLinskey fanned the side in order again in the top of the sixth that gave him 10 strikeouts for the game. Him and junior Cole Patten (Manasquan, N.J.) kept the Hoyas off the scoreboard in the seventh inning and senior Casey Dana (Montgomery, N.Y.) gave the Pirates their eighth run of the game in the home half with a solo home run – his fifth of the season and the 22nd of his career.

Despite a strong Hoyas rally in the ninth, Probst would shut the door and give the Pirates the win in the series opener.

Georgetown and Seton Hall will square off again with a noon doubleheader. Game one will be seven innings and game two will be a nine-inning contest.

Creighton lost to St Johns this evening. So the Pirates might be in first place now.
Reactions: SHUisNJsTeam and silkcitypirate
C

Actually, the Pirates are now tied for first with Creighton.
Reactions: SHUisNJsTeam, silkcitypirate and NYC Pirate 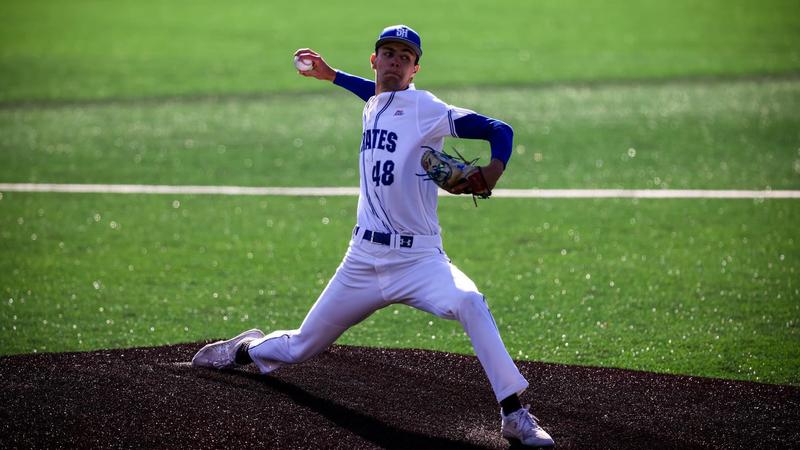 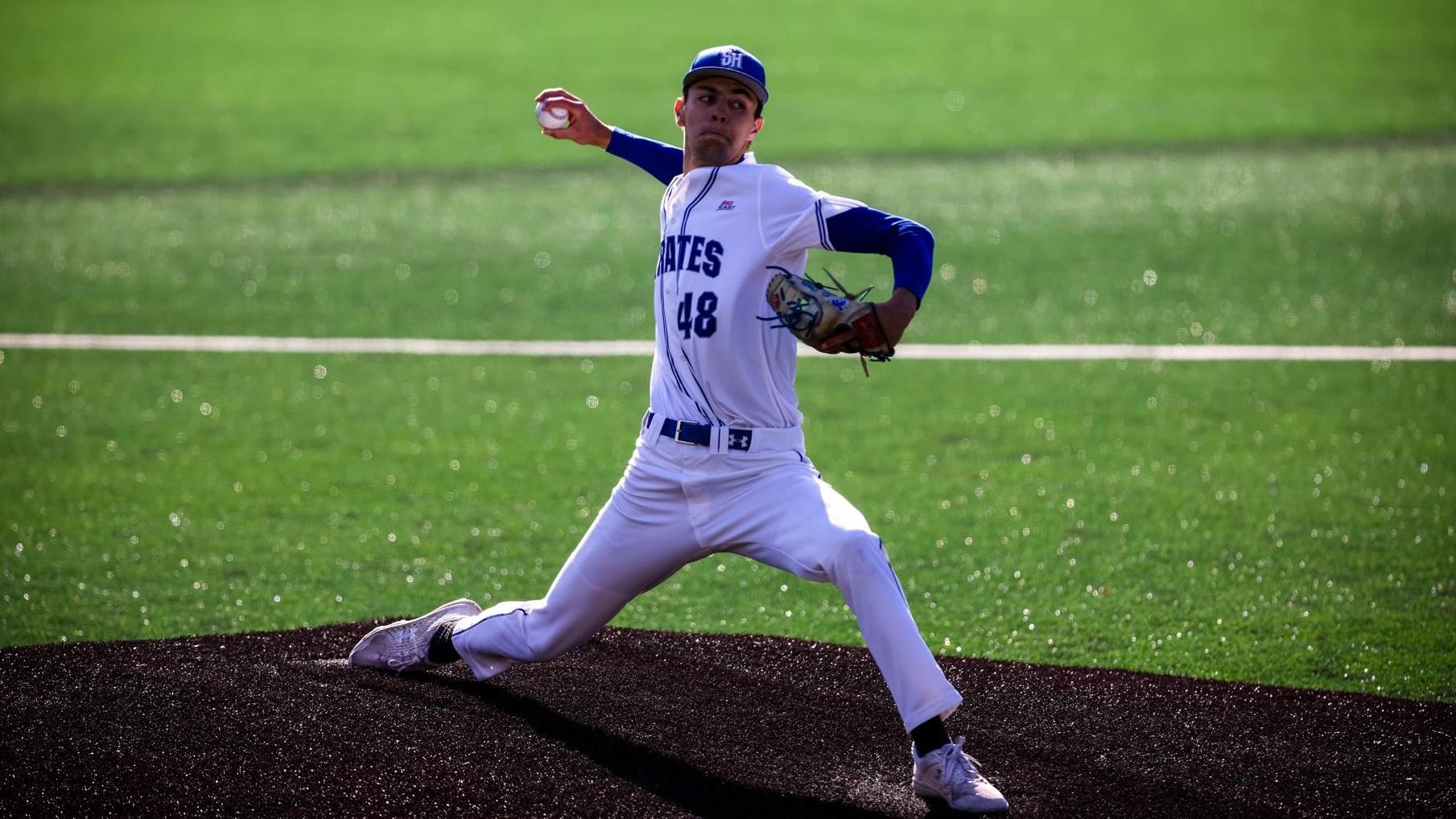 SOUTH ORANGE, N.J. – The Seton Hall baseball team improved to 11-3 in the BIG EAST and secured its third BIG EAST series victory of the season on Saturday as the Pirates swept a doubleheader from Georgetown.

The Hall (18-15, 11-3 BIG EAST) was led by junior David Festa (Verona, N.J.) in the 2-0 victory in game one as he tossed a seven-inning complete game, allowed two hits and recorded seven strikeouts. Timely hitting was the story in game two where graduate student Matt Toke (Three Bridges, N.J.) went 2-for-4 with two doubles and three RBI and junior Steve Grober (Hillsborough, N.J.) registered three hits with an RBI and a run scored.

The Pirates' 11 conference victories are the most in the BIG EAST.

Festa retired the first six batters he faced before the Pirate offense broke through with the game's first run. After senior Collin Sheehan (Doylestown, Pa.) worked a walk to load the bases, sophomore Jonathan Luders (Lynnfield, Mass.) was able to put the ball in play with a ground ball to shortstop. The Hoyas got an out at second base but Toke scored from third base on the fielder's choice to give the Pirates a 1-0 lead.

Meanwhile, Festa continued to deal as he struck out six straight batters from the second out of the fourth through the first out of the sixth. In the home half of the inning, Grober roped a one-out double to left field, giving the Pirates a runner in scoring position. Sheehan would deliver for The Hall as he drove in Grober with a double of his own down the right field line, giving the Pirates some more breathing room with a 2-0 lead.

It was all Festa needed as he finished what he started by retiring the side in the seventh. It marked Seton Hall's 10th BIG EAST win of the season.

The night cap started off ominously as the Hoyas jumped out to an early 2-0 lead in the top of the first. Despite getting down quickly, junior Joe Cinnella (Mahwah, N.J.) – who would go on to win his third game of the season – settled in and was able to keep Georgetown off the scoreboard in his next three innings of work.

The Seton Hall offense would return the favor in the bottom of the fourth where a two RBI single off the bat of Luders tied the score at 2-2. Luders would later score on a wild pitch that would put the Pirates ahead, 3-2.

After junior Brennan O'Neill (Morristown, N.J.) struck out the side in relief in the top of the sixth, an RBI double by sophomore Devin Hack (Somerville, N.J.) made it 4-2 in favor of Seton Hall.

Georgetown would not go away, though, as they would make it a one-run game in the top of the eighth, 4-3. But as the Pirates have done in BIG EAST play this season, a big hit would come about.

Following two quick outs in the home half of the eighth, senior Jerry Huntzinger, (Staten Island, N.Y.) reached on a single, Hack kept the line moving with a base knock, and senior Casey Dana (Montgomery, N.Y.) drew a walk to the load the bases. Up to the plate came Toke and the fifth-year Pirate delivered again with a bases clearing double to right center field that gave Seton Hall some much needed breathing room. Grober continued his strong day with a base hit that scored Toke and made it 8-3 Pirates.

The Hoyas put a run across in the ninth but senior Sean Miller (Newton, N.J.) was able to finish off the ninth, registering the final out with a strikeout looking.

Seton Hall will look for the series sweep tomorrow as the Pirates and the Hoyas square off at 12 p.m. The game will be broadcast live on the Pirate Sports Network.

No hitter in progress

Pirates up 2-0. Top of the 9th, one out, no hitter appears to still be intact!
Reactions: Hallsome
L

SHUisNJsTeam said:
Pirates up 2-0. Top of the 9th, one out, no hitter appears to still be intact!
Click to expand...

Great play at first base to preserve it in the eighth
Reactions: Hallsome and SHUisNJsTeam
H

Congrats to Tyler Burnham. He struck out 13 in tossing a no-hitter.
Reactions: Hallsome, Seton75, silkcitypirate and 1 other person

NCAA tournament soccer and a baseball no hitter - what a day for SHU athletics!
Reactions: TrueBlue1989, garyshu71, Seton75 and 3 others

STLPirate12 said:
NCAA tournament soccer and a baseball no hitter - what a day for SHU athletics!
Click to expand...

Softball won their game today as well, 10-9, over a very good Villanova squad. It was Senior Day for our ladies.
Reactions: TrueBlue1989, garyshu71, mikewalsh and 1 other person
V

Great series Pirates! Keep it going.
Reactions: silkcitypirate, SHUisNJsTeam and TrueBlue1989
You must log in or register to reply here.