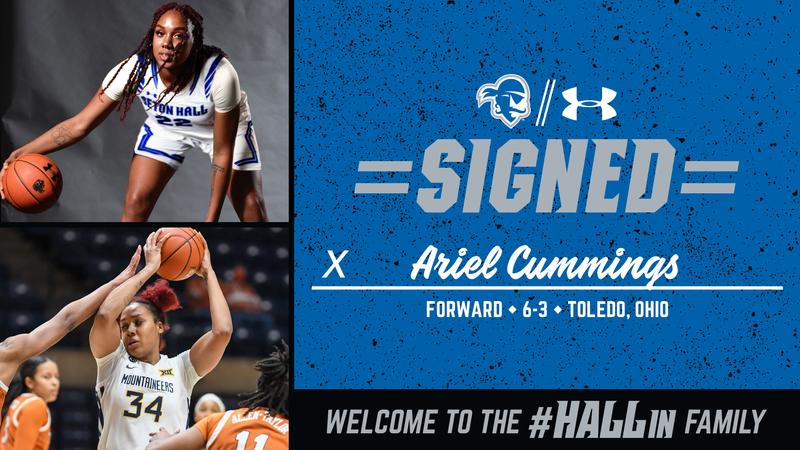 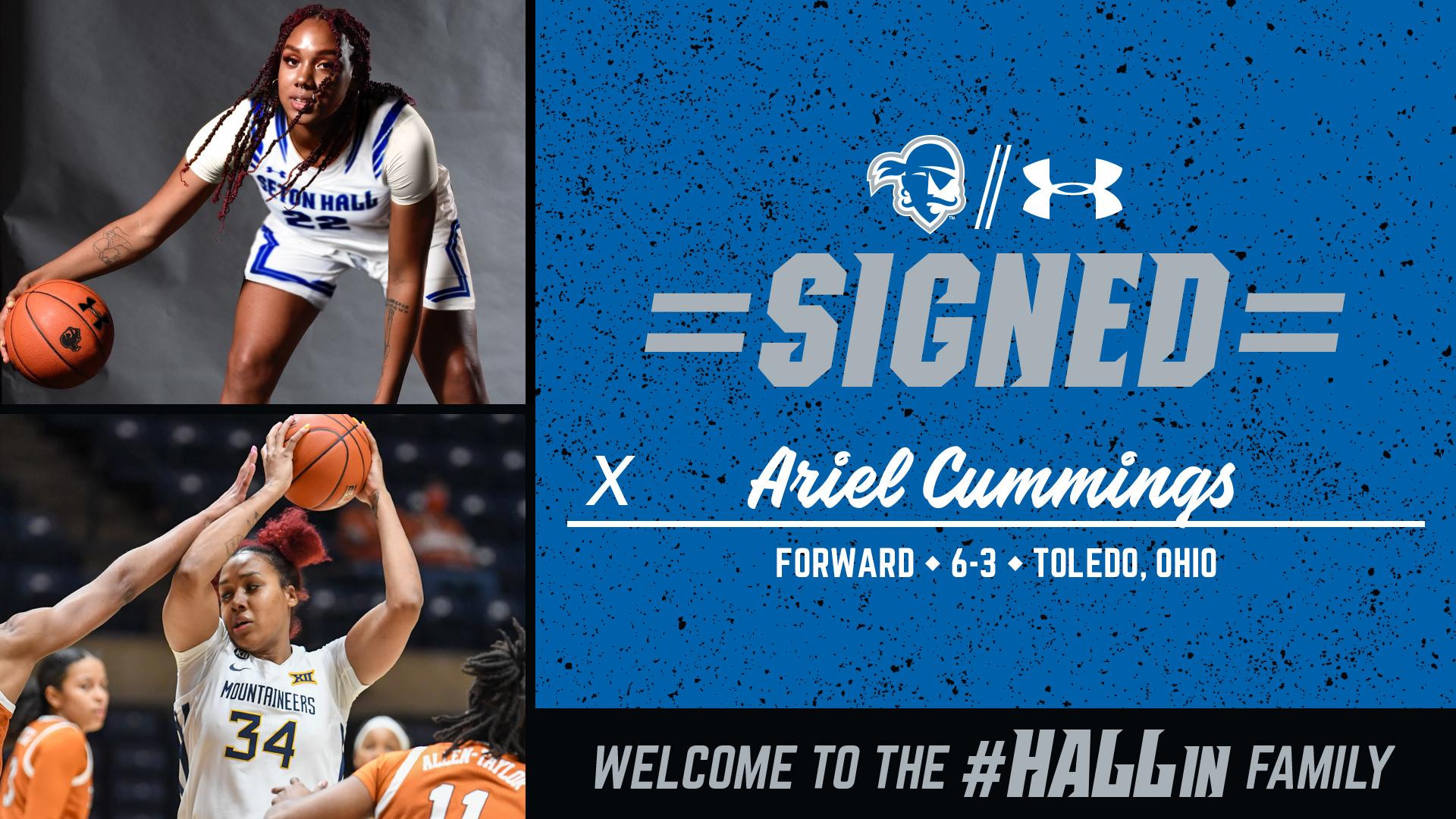 Cummings will have two remaining years of eligibility and begin play immediately this fall.

"Ariel will be another significant piece to our frontcourt mix moving forward," Bozzella said. "I'm truly excited to welcome her to the Seton Hall family and look forward to having her on the court this fall. Her ability to score and rebound in the post will embolden our half-court game."

"Ariel has been coached up really well at both Chipola and West Virginia," Bozzella added. "We're gaining an asset that has been taught from some of the best coaches out there."

Cummings joins the Pirates after spending a year at West Virginia University. The 6-foot-3 forward played in nine games last season as the Mountaineers won 22 games and earned an at large berth to the NCAA Tournament. Prior to WVU, Cummings was a star at Chipola College where she was named to the 2020 All-Panhandle Conference Team and averaged a double-double. In two years at Chipola, she blocked 96 shots and shot .504 from the floor. Cummings was named 2018 Three Rivers Conference Player of the Year in high school at Notre Dame Academy.

And the transfer portal is good to Tony once again as he adds more size , and experience , to his front court. If the SH athletic website is correct this would be the 15th scholarship player, the maximum allowed by the NCAA . The roster for women’s basketball shown is for the 2021 - 2022 season and lists 14 players with Tony’s latest addition the 15th. What has raised my curiosity is that there are no incoming freshman listed but does include the two previously announced transfers and if that holds true all the new additions to the team for this season would be transfers with no incoming freshman .
Last edited: May 21, 2021
V

Welcome Ariel to the Pirate family. Good luck on the court and in the classroom!
Reactions: buzzershot, U-Hall and TrueBlue1989
You must log in or register to reply here.