2021 NFL power rankings: Where all 32 teams stand after draft 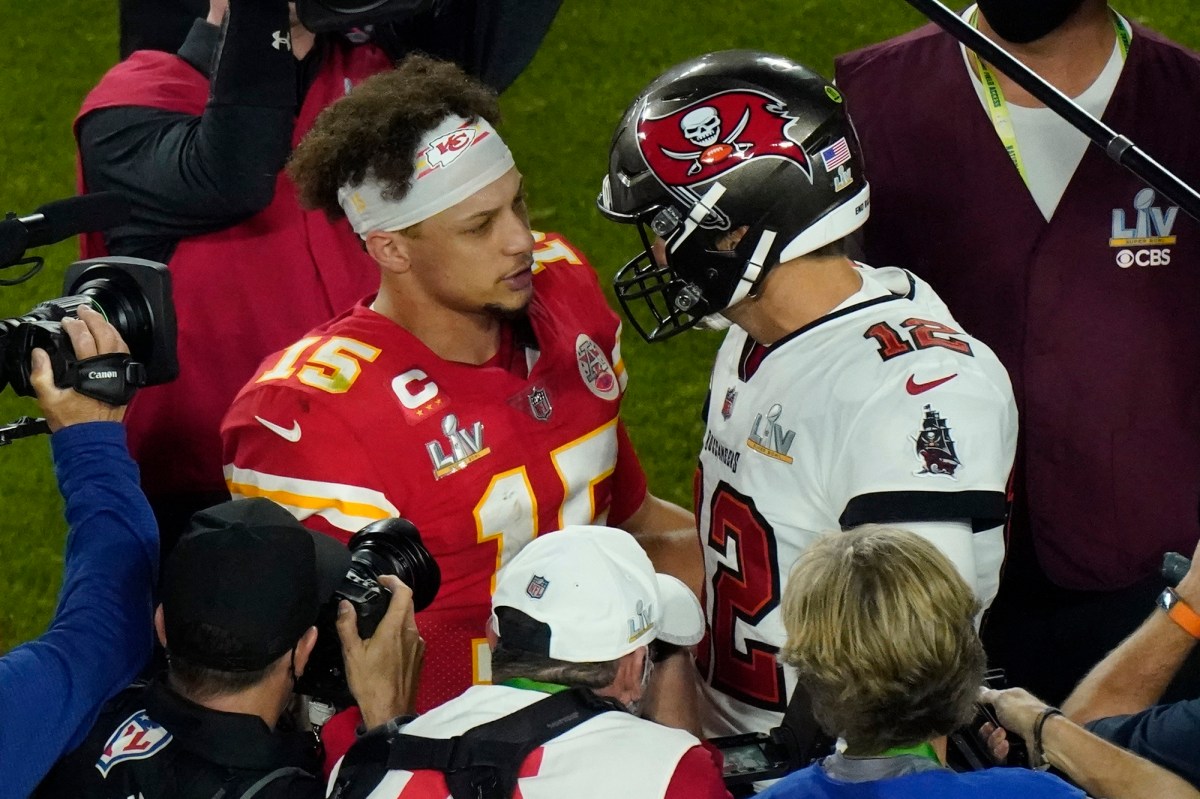 2021 NFL power rankings: Where all 32 teams stand after draft

The Post’s Ryan Dunleavy ranks all 32 teams following a lot of action in the NFL offseason.

Rematch in the Making

Playing with three backups, the Chiefs’ offensive line was exposed in Super Bowl 2021. Instead of waiting to get healthy, they started fresh by signing top free-agent guard Joe Thuney for $80 million and trading a first-round pick for top available offensive tackle Orlando Brown. Guard Laurent Duvernay-Tardif is expected back from his opt-out to provide medical care during the pandemic. Third-round rookie Creed Humphrey could start at center, too. That’s how you fix one weakness without creating others.

Had about $24 million in salary cap space on March 1. Since then, they re-signed Tom Brady, Shaq Barrett, Rob Gronkowski, Ryan Succop, Ndamukong Suh, Leonard Fournette, Antonio Brown and more. They will be the first team in the salary cap era (1994) to bring back all 22 starters. Add in first-rounder Joe Tryon as a pass-rush specialist.

You can’t beat the Chiefs without sacking Patrick Mahomes and creating third-and-longs. The Bills’ first two selections in the draft were Greg Rousseau (15.5 sacks for Miami in 2019) and Carlos Basham (23 straight games with a tackle for loss at Wake Forest).

Run-first offense wasn’t appealing to the top free-agent wide receivers, so the Ravens settled for Sammy Watkins then drafted Rashod Bateman and Tylan Wallace. Jayson Oweh — their second of two first-rounders —landed in the perfect pass-rush situation. Replacing Brown with right tackle Alejandro Villaneuva — pried from the rival Steelers, no less — was brilliant.

If Rodgers gets traded, the Packers will plummet into the 20s. Same goes if he sits out the season. If he plays, the Packers again are the second-best team in the NFC despite no major free-agent additions and ignoring Rodgers’ plea for another playmaker until the third round of the draft (WR Amari Rodgers).

Best of the Rest

No first-rounder for the fifth straight year. That has to catch up to the Rams eventually, right? Instead, they bet upgrading from Goff to Stafford is the piece needed to complement a dominant defense and get them over the hump.

Played the long game by drafting QB of the future Trey Lance instead of capitalizing on a win-now window. The 49ers are much better than a 6-10 record suggests, because their 2020 season was marred by a historic rash of early injuries.

Wentz is their fourth different starting QB in as many years. But is this Wentz the pre-injury 2017 NFL MVP? Or the 2020 demoted starter by the Eagles? Young team with an ascending pass rush, but a huge question mark at left tackle.

If Wilson thought trashing his offensive line would force changes, he was wrong. Now he has to mend some fences, including with coach Pete Carroll. He was playing at an MVP level last season before the Seahawks went back to ground-and-pound.

The best bet to save the NFC East from another .500 or worse division champion is a healthy and finally re-signed QB Dak Prescott. The Cowboys used their first six draft picks, led by LB Micah Parsons, to address the worst scoring defense in franchise history.

It feels like they have done everything right over the past two years, including drafting four players with first-round value. They missed the playoffs with 10 wins last season. Time is now to break a 20-year drought of postseason victories.

​What does $300 million buy you? Not a division title with the Bills in the way. Maybe a wild card? Cam Newton versus rookie Mac Jones will be one of the NFL’s most intriguing QB battles. Especially if a history of slow starts continues.

One of the NFL’s most explosive offenses doesn’t look so intimidating without the retired Drew Brees. A return to dominance by WR Michael Thomas could change that. The look of the Saints’ secondary suggests shootouts are coming.

Easy to forget they started 11-0 last season. Hard to forget about that ugly playoff loss to the Browns. Tough to say goodbye to a legend, but QB Ben Roethlisberger’s time is up.

Defensive end J.J. Watt identified the Cardinals as a team that could help him win a Super Bowl. The top-to-bottom difference in the NFC West is marginal. Young LBs Zaven Collins and Isaiah Simmons need to play like first-rounders.

Underestimated every year. Needed to improve the defense, but outside linebacker Bud Dupree and first-round CB Caleb Farley both have a boom-or-bust feel. How long can running back Derrick Henry act like a bulldozer?

Playoffs or bust? Feels that way after the big investments on WR Kenny Golladay and CB Adoree’ Jackson, and acing the first two rounds of the draft with WR Kadarius Toney and OLB Azeez Ojulari. But the young offensive line could blow up expectations.

Defending NFC East champs are fun to watch if you like nasty defense and roller-coaster QB play provided by Ryan Fitzpatrick, who will be Washington’s fifth different starter in a 14-game span.

QB Justin Herbert won NFL Offensive Rookie of the Year and is just scratching the surface. Especially now that he has improved protection with All-Pro center Corey Linsley and first-round OT Rashawn Slater.

The Mitch Trubisky Era mercifully is over. Is the QB combination of Andy Dalton and rookie Justin Fields enough to win over disgruntled WR Allen Robinson and save jobs? The Bears really need Khalil Mack to be a game-wrecking pass-rusher again to have a chance.

Coach Jon Gruden is four years into his 10-year contract without much to show for it. The Raiders keep drafting second-rounders in the first round to prove they are smarter than everyone else. The win-loss record says otherwise.

Wentz unfairly shouldered all the blame for the quick demise from Super Bowl champions to irrelevancy. It wasn’t all his fault. There are lots of holes. GM Howie Roseman stole first-round WR DeVonta Smith but then got too cute with trading down.

Bolstered by a strong draft class led by CB Patrick Surtain, but passing on a rookie QB for a competition between Drew Lock and Teddy Bridgewater seems foolish. Unless Rodgers becomes available.

The NFL’s lowest-scoring offense looks completely different after signing WR Corey Davis and drafting QB Zach Wilson, WR Elijah Moore and RB Michael Carter. The left side of the line — Mekhi Becton and Alijah Vera-Tucker — could dominate for a decade.

Coach Urban Meyer didn’t take this job for a slow rebuild. Trevor Lawrence is considered the best QB prospect since Andrew Luck, who took the Colts from two wins to 11 wins as a rookie. So, there’s hope. Much more work to do.

Could’ve drafted the first offensive tackle off the board. Or the fifth. Instead it’s No. 8 (Jackson Carman) and a gamble as QB Joe Burrow recovers from a torn ACL. They made a bunch of lateral moves in free agency.

Rookies Peneii Sewell, Levi Onwurike and Alim McNeil bring toughness to both sides of the trenches, just the way coach Dan Campbell wants it. But they don’t have a single WR worthy of your fantasy team. Somehow Goff will be blamed.

GM Nick Caserio must have some regret leaving the Patriots for this mess. One way or another, Watson appears finished in Houston. What do the Texans have to show for former stars Watt, DeAndre Hopkins, Jadeveon Clowney and Will Fuller?
You must log in or register to reply here.

What side you taking?